Snow in Scotland isn’t guaranteed – neither the 2015 winter nor the 2016 one produced much – but there’s already been some snow in 2017… so it’s looking good for those winter activities! Here are some ideas of what you could do on a midwinter motorhome holiday in Scotland.

Skiing and snow-boarding in Scotland, most winters, is a bit different from what you may be used to. For a start, you have to be good at finding the snow on a run and avoiding any uncovered rock and heather; and the snow tends to become icy very quickly, so you need good grip. They say that if you can ski in Scotland, you can ski anywhere. 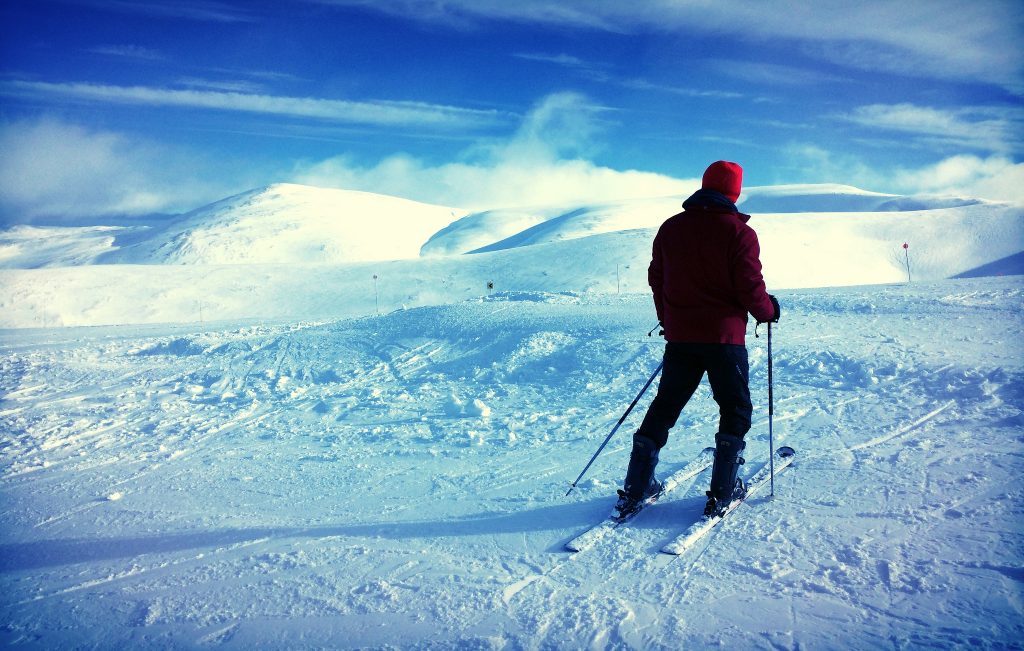 Skiing on the Glenshee Mountain range in Scotland

Skiing on the Cairngorms Mountain Range

Scotland’s highest ski centre is at the top of the Cairngorms, at The Lecht, with 13 lifts. If there’s snow anywhere in Scotland, The Lecht will have it and there’ll be ski runs open. The car park is huge but get there early – it fills up fast on snowy weekends.

On the other side of the Cairngorms from The Lecht lies Aviemore, Scotland’s snow sports capital, situated just below the Cairngorms ski centre with its famous funicular railway; the only one in Scotland. The Cairngorms Ski Centre, Scotland’s largest, has 11 lifts and 38 runs, so it caters for skiers and boarders of all levels.

For serious cross-country skiers, there are two centres near Aviemore offering ski touring: Glenmore Lodge and the G2 Centre, which both offer all sorts of outdoor training courses and activities year-round.

There’s plenty to do around Aviemore if you don’t ski or snowboard or, indeed, if there’s no snow: wildlife safaris, mountain biking trails and sled-dog expeditions are available whether the countryside looks white or brown.

At the Outdoor Discovery centre at Coylumbridge, just south of Aviemore, there’s a small outdoor ice-skating rink (weather permitting – it’s a roller rink if the weather’s too warm) alongside the amazing tree walks, quad biking and other attractions for both kids and adults. They also run a ski school.

If you’re a curler, head to Carrbridge, a few miles north of Aviemore, where the club welcomes visiting players. It has a purpose-built curling pond with floodlights and plays outdoors whenever there’s enough frost – and Carrbridge has one of the best frost records in Scotland so if you can play outdoors anywhere, it’ll be there.

Skiing is also available at Glenshee, Glencoe and the Nevis range near Fort William, but they’re all lower than the Cairngorms and the snow is much less reliable. One place you’re guaranteed skiing on real snow is, somewhat unexpectedly, Braehead near Glasgow airport.

Indoor Skiing at Snow Factor is open all year round and has a 200m indoor slope with 1,700 tonnes of fresh powdery snow – no ice, no rocks, no heather, just perfect skiing and boarding conditions. There are two slopes (one for teaching), four ski lifts, an ice-climbing wall, an ice slide and sledging facilities, as well as a restaurant and bar, so you can spend all day there. 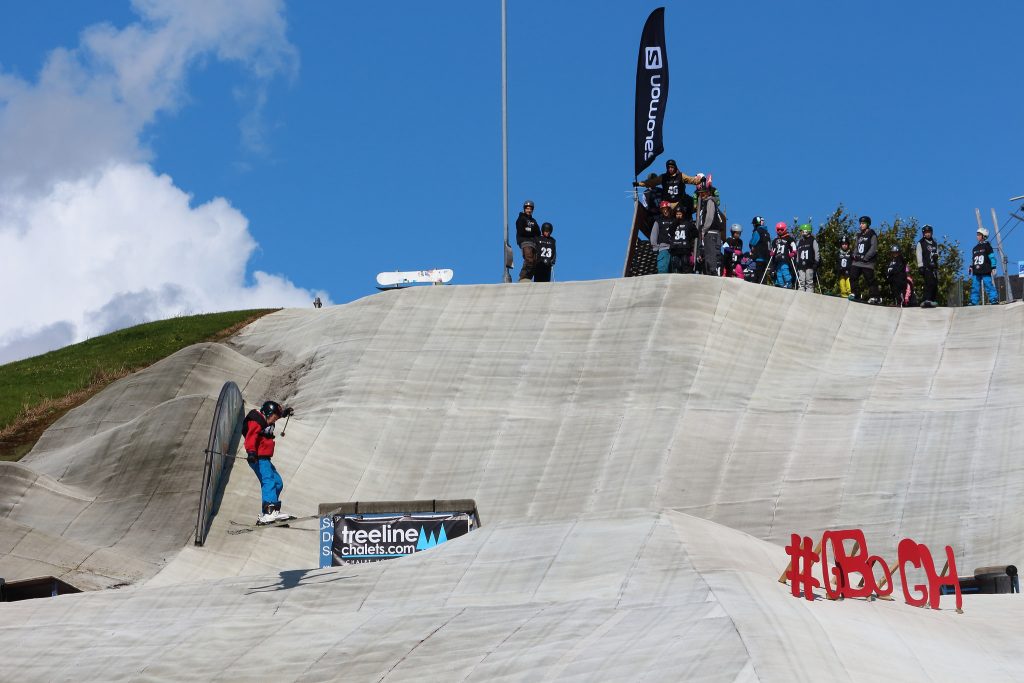 Scotland also offers plenty of artificial ski slopes: in the north, Aberdeen Snowsports, and Kingussie and Kincraig in the Cairngorm area all have them. Further south you’ll find them at Bearsden and in central Glasgow, on the Pentland Hills just south of Edinburgh (the longest artificial slope in Europe at Midlothian Snowsports Centre), and at Polmonthill near Falkirk, north of the capital lies Polmonthill Snowsports Centre. Alford Ski Centre in Aberdeenshire, Firpark Ski Centre in Tillicoultry and Newmilns Snow & Sports Complex in Ayrshire all offer snowtubing as well as skiing and snowboarding on their artificial snow.

Curling originated in Scotland, using polished Scottish granite for the stones, and is still a very popular sport here. As well as outdoor ponds like the one at Carrbridge, there are at least six indoor rinks where you can curl all winter. 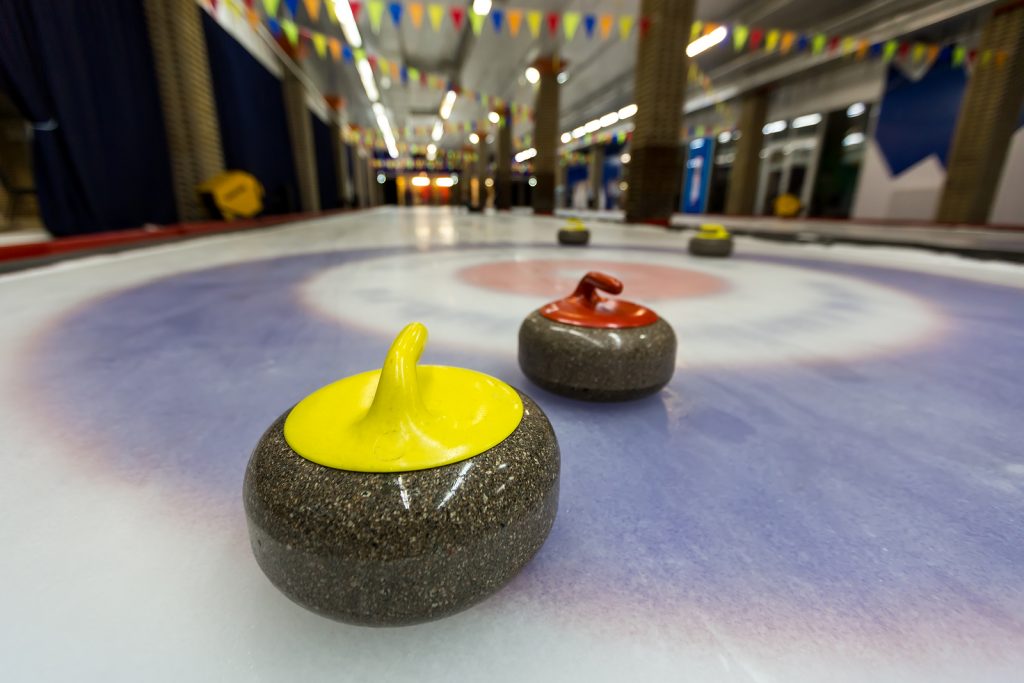 Curling stone on ice of a indoors rink

The main ones are Murrayfield in Edinburgh, right next to the rugby ground, which also has ice hockey and public skating sessions; Dumfries Ice Bowl, which offers a dedicated rink for skating and another for curling, as does Forfar Ice Rink in Angus; The Time Capsule at Coatbridge, North Lanarkshire, which also has swimming pools and a kids’ play area; and Perth’s Dewar Centre and Dundee’s Ice Arena, which offer a mixture of skating, curling and (in Dundee) ice hockey.

Skiing, curling and skating are all very well in daylight, but what do you do in the evenings on a winter holiday in Scotland, when night comes early and mornings don’t get light until after 8 am?  Well, those long dark nights make it the ideal place for star-gazing. There are designated “dark skies” sites but you’ll find that light pollution is low anywhere outside the major towns.

The first dark skies site to be designated was Galloway Forest Park, right down near Scotland’s south-west corner, and it’s still one of the best places to go. Very few people live nearby so there are no street lamps and only minimal house lights, and the Forestry Commission, which owns the Park, aims to keep it that way.

There are three visitor centres in the Park, with information points at all of them and at other sites, as well as the Scottish Dark Sky Observatory at Dalmellington. The Forestry Commission also lay on Dark Sky events with specially trained rangers to tell you what to look for where.

Other Dark Sky Discovery Sites can be found on Skye, in Assynt and Lochaber, along the west coast of Kintyre and on the Isle of Coll. If you don’t want to travel to remote places for your star-gazing, the Mills Observatory in Dundee, Britain’s first purpose-built public observatory, is open on weekdays until 10 pm; it also has a planetarium where you can learn about the stars and planets without getting cold or staying up late.

If you’ve ever wanted to see the Aurora Borealis (also known as the Northern Lights or, in Shetland, the Mirrie Dancers), Scotland is a great place to watch out for them. They can’t be guaranteed, of course, and you do need a clear night. The Lights have been seen from all over the country, even in Edinburgh, but the further north and further away from light pollution you go, the better your chances are. Aurora Watch UK have an app that alerts you if there’s geomagnetic activity, which is worth downloading to your phone so you’ll be ready to watch when the mirrie dancing starts.

You can stumble across organised and impromptu sessions all over the place but there are pubs people travel miles to, just for the quality of the regular music evenings. One of these is the Taybank Hotel in Dunkeld, right at the foot of the bridge that joins the town to its twin across the river, Birnam. Dunkeld has other attractions to enjoy too – the ruined Cathedral and The Hermitage woods are just two – but they are best seen in daylight.

The Taybank Hotel has sessions several evenings a week, with nationally and internationally famous musicians playing alongside newbies and locals alike. Dunkeld is also home to the annual Niel Gow fiddle festival in March, which attracts fiddlers from all over the country and outside it.

The Highlands and Islands are full of pubs that serve up local music along with the pints and the drams. Shetland, particularly famous for its fiddlers, seems to have music festivals practically every week. Orkney, which has its own Folk Festival in May, Skye (Plockton in particular) and the Outer Hebrides, home of the Hebridean Celtic Festival, are also all renowned for their music and musicians. 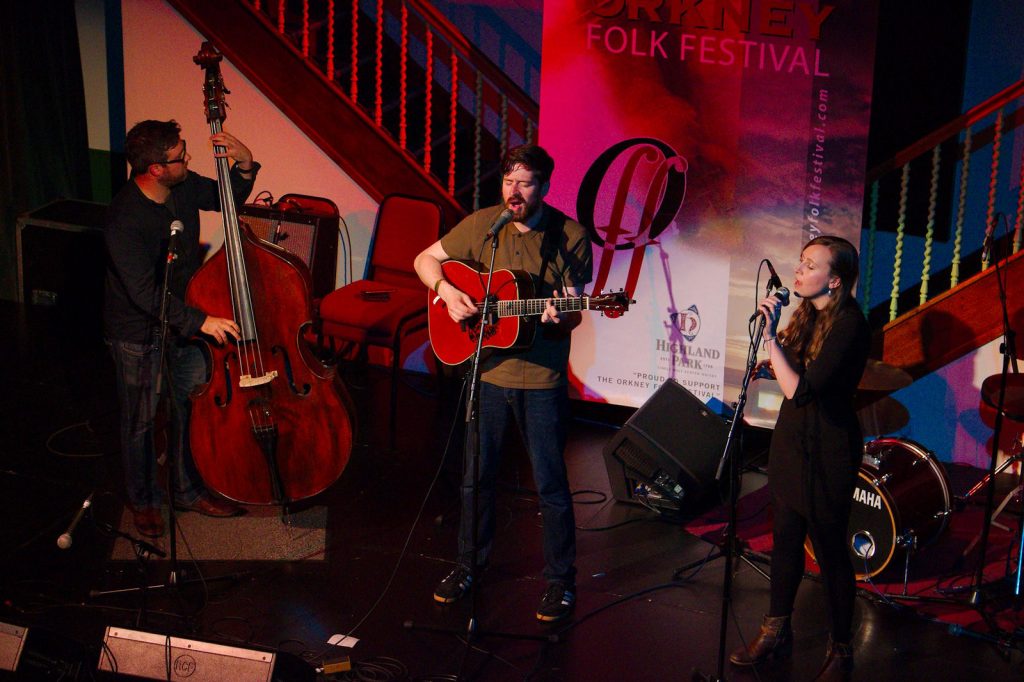 Ullapool, where the ferry from Lewis docks, is a melting pot for all these influences. The Ceilidh Place is the place, running regular sessions for locals and islanders – but stop at any pub and you’re likely to hear great traditional music. The Hootananny in Inverness is also justly famous for its music: there’s trad music every Sunday to Wednesday, music of all sorts every other evening, and a ceilidh every Saturday afternoon.

But you don’t have to travel that far: Edinburgh is Scotland’s cultural as well as political capital and many of the pubs run weekly trad music nights. Sandy Bell’s and The Royal Oak, both near the Royal Mile, are a good place to start.

Tradfest covers all sorts of Scottish folk arts and culture – music, certainly, but also dance, crafts, film, drama and storytelling. Like Celtic Connections (and, indeed, the  Edinburgh International Festival in August) it occupies venues right round the city. Less international than Celtic Connections, it showcases young talent from all over Scotland. As with all festivals, not all the events are official, so it’s a great time for a pub-crawl to sound out some of the unofficial gigs. 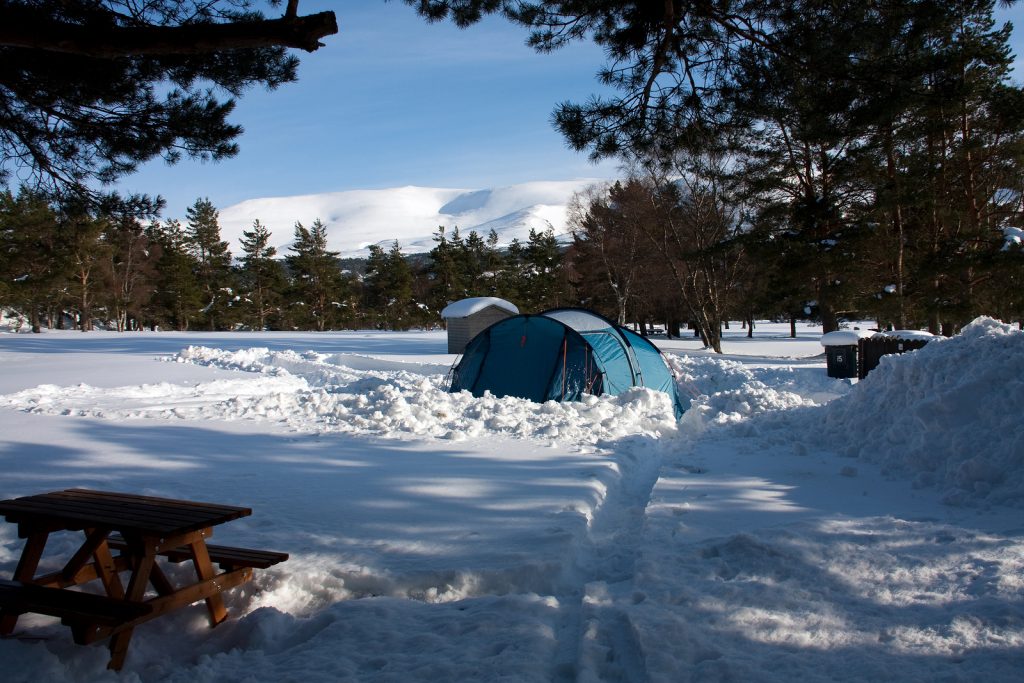 Snow? ‘S no problem in Scotland! Crisp winter days and evenings, outdoors or in, have plenty to recommend them. And in a motorhome you can go where you please to meet and enjoy them.  Gritters and snowploughs keep the roads clear (though you will find snow-gates briefly closing off the higher reaches after snow-falls, while the roads are made safe) and the Scots are accustomed to travellers needing a warm pick-me-up after a day in the very fresh air.

Welcome to the Scottish winter and all it has to offer.

Hire a motorhome for skiing and snowboarding breaks in Scotland

Most people, when they plan a Scottish drinks tour, will think first of whisky and, perhaps, beer.  They probably won’t think about gin, vodka, tea or wine. Yet all of these are made right here in Scotland, from produce grown in Scotland – yes, even grapes – and many of them are winning international awards. […]

View full article >
BOOK NOW WITH CONFIDENCE … and we will offer either free date changes, a credit voucher, or a full refund
if the Scottish Government impose restrictions forcing the closure of our depot, or restrict non-essential travel.