Visiting Scotland in 2017 (January to June)

Scotland may not be the first place you think of for winter holidays – we can’t provide guaranteed winter sun or world-famous pistes – but there are plenty of advantages to visiting Scotland in the early months. The roads are much emptier, which makes driving a motorhome easier, and the Scots know a thing or two about how to spend short days and long dark evenings.

2017 is Scotland’s Year of History, Heritage and Architecture and there will be events all over the country, from the Borders to Shetland and from archaeological digs to celebrations of the finest modern architecture, such as the new V&A building rising on the edge of the River Tay in Dundee. Historic Scotland has a range of events running right through the year at their properties, with tours, talks and more energetic occupations for all ages.

Visiting Scotland during the first few months of 2017, January to March

Even in the depths of winter, Scotland has something for all interests. In January, for example, Aviemore hosts the annual Sled Dog Rally which now attracts over 250 mushers (aged 8 to over 60) and 1000+ dogs. If it’s snowy they use sleds, if it’s not they ride three-wheelers. Whatever the weather, it’s fast, nail-biting and fun. 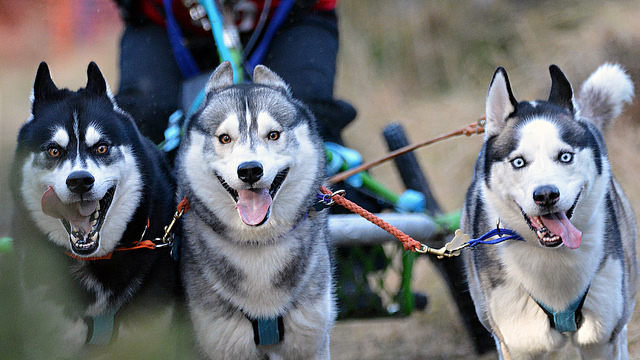 Also in January, Glasgow is home to Celtic Connections, an annual festival  of music celebrating the links between Celtic cultures around the world. Over 2000 international musicians and dancers take part in over 300 events, from concerts and workshops to ceilidhs, talks and exhibitions. The main festival is over the weekend of 19th-22nd January, but it continues on a smaller scale right through to the 5th February. You’ll catch it in venues all over the city.

If you’re a garden fan, the Scottish Snowdrop Festival runs from mid-January to mid-March at gardens all over Scotland. The gardens open in aid of charity and they’re all open at other times of the year, so there won’t just be snowdrops to see!

15th-19th February sees the Fort William Mountain Festival, with speakers, events and a film festival. It’s not all about climbing: skiing, mountain biking and fell running are also an integral part of the festival. The headline speaker is Sir Chris Bonington, talking about his extraordinary life and times; that will be an amazing event.

For the best in amateur performance, head to the Inverness Music Festival 25th February-8th March. It’s a mainly competitive event for choirs and individuals and many of the contestants are still at school. There are classes for speech, drama, song, music and dance, with an emphasis on Scottish/Gaelic culture, and it’s a real showcase of young Scottish talent.

Into March, and on 2nd-5th the Alchemy Film and Moving Image Festival takes over the Borders town of Hawick, screening shorts and feature films that relate to the natural world, landscape, humankind’s relationship to natural forces and, indeed, alchemy.

In the middle of the month, Aberdeen’s Jazz Festival offers a range of musicians performing in venues all over the Granite City over five days. There’s something for all jazz tastes, and the city is famous for its pubs and eateries.

Also in March, Glasgow is holding two events that could hardly be more different: the Glasgow International Comedy Festival takes over clubs, theatres, halls and pubs all round the city from 9th-26th March, while the Scottish Golf Show is at the SECC for the last weekend of the month.

If you’re a fan of mountain biking, there’s no need to travel far from our base: the Tweed Valley is home to world-class trails and events, several of them run under the Tweedlove banner. The Vallelujah Enduro at the end of March kicks off the season, and competitions continue throughout the summer. If you want to run the trails instead of biking them, you can enter the Tweedlove Trail Run at the end of May.

The last weekend in April is the time for all good whisky-lovers to head to the Speyside Whisky Festival: five days of celebration of Scotland’s national drink. Entry is free, and there are some 500 events all over the region, with behind-the-scenes tours of distilleries (including ones that aren’t usually open to the public), tastings of rare and vintage whiskies, and the chance to meet the people who make them. There’s also live music, comedy, food and lots more for non-aficionados to enjoy.

Rugby fans will want to be at Murrayfield in Edinburgh on 12th and 13th May, when the European Challenge Cup and the Champions Cup are contested. These will be tough, fiercely-fought competitions and you’ll probably come away from them almost as emotionally exhausted as the players – if you can get a ticket!

If you prefer your watching to be somewhat gentler, head to Dumfries and Galloway for their Spring Fling on the final weekend of the month, when around 100 artists across the region open their studios to the public to demonstrate their skills and display their works. Entry is free and there’s no obligation to buy, but you never know what you may fall in love with…

For the musically inclined, Perth Festival of the Arts , from 15th-27th May, will provide some real treats.  The headline performer is the maverick violinist Nigel Kennedy, Tenebrae will be singing and Freddy Kempf will be appearing with the Moscow Philharmonic. It’s not all classical music: there’s also jazz from Jools Holland and Swinging at the Cotton Club, plus rock and comedy.

Sticking with performance events, Edinburgh’s Magic Festival at the end of June promises close-up conundrums, mindboggling illusions, comic cabaret and feats of the impossible. There are workshops, shows and the Closing Gala where anything and everything could happen. 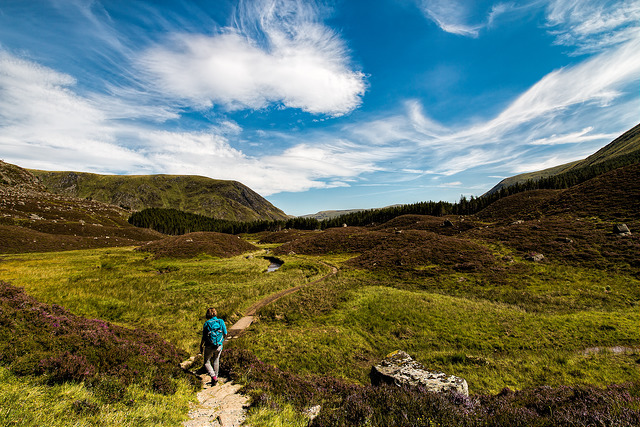 The Angus Walking Festival features a variety of guided walks to take you through some stunning Angus scenery. Photo credit: -AlFa-

Need to get out and about after all that culture?  Head north-east to the Angus Glens Walking Festival, based in Kirriemuir. Angus is one of Scotland’s hidden gems and the Glens, which are very different from each other, provide spectacular walking. The Festival also caters for the less able with gentle coastal walks. All walks are guided by experienced leaders.

If none of that floats your boat, head to Portsoy on the Moray Firth on the last weekend in June for the Scottish Traditional Boat Festival, a colourful celebration of sailing, rowing, maritime history, arts and crafts, music, and local food and drink that takes place at the old fishing harbour. Portsoy is also a geologist’s dream, an extraordinary collision zone of different rocks lying over, under and through each other.

It’s an appropriate place to finish the first half of our mini round-up of what’s on in Scotland in 2017. There’s plenty more that we don’t have space for, so do check the internet for your particular interest. Whatever time of year you come there’ll be something here for you to do or see. We look forward to welcoming you soon!