Exploring the Magical Black Isle of the North Coast 500

The North Coast 500 travels the coastal road of the northern Scottish Highlands in a 500 mile loop, taking you along some stunning routes with incredible views. The route delves into the six Scottish counties in the Highlands, and each one has it’s own rich story to tell; you could easily spend a month or two meandering around the nooks and crannies of each one.

We’ve grown up motorhoming across Scotland; we even did the North Coast 500 route before it was famous, so we thought we’d put together a little introduction to each of the counties for you, so you get an idea of what they have to offer and where you might like to spend more of your holiday time.

This is the first blog in a six part series. Our articles on the other counties are as follows;

Somewhat unexpectedly, Black Isle is neither an island, nor black.

Neither does it have any ties to pirates (there’s a Pirate Cemetery in Cromarty, but that name is based on all the skull and crossbones stonework, rather than the former profession of the inhabitants).

The ambiguous ‘Black Isle’ name emerged because this low-lying peninsula appears completely black in winter, and it’s quite stark against the white, snow-covered hills surrounding it.  Or at least, this seems like the most reasonable explanation, but there are plenty of local legends about witchcraft and black magic during the middle ages to suggest more sinister origins. 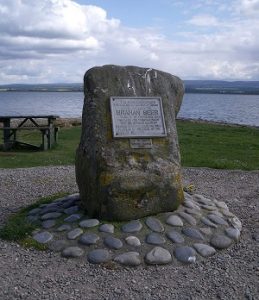 Chanonry Point in Black Isle is, after all, where the famous predictor of the future, the Brahan Seer, was brutally murdered after predicting the local Earl would be unfaithful. He is said to have used an adder stone to channel his power for visions, and prophesised the invention of the television, the battle of Culloden, and the North Sea Oil industry, among other things. It remains unclear if the Brahan Seer was a real person who lived in the 17th century, or if he was merely created by a folklorist, but there is now a memorial stone to him at Chanonry Point.

Adding to the mystique of the Black Isle, the Clootie Well would be a very unique stop on your North Coast 500 tour. It lies just off the A832 road near Munlochy, and from the road you’ll be able to see a colourful jumble of cloth (or ‘cloot’) and clothing strung up in the forest, which you would be forgiven for dismissing entirely, but the practice is rooted in ancient traditions There is a dedicated car park nearby. Pilgrims used to travel from all over to visit holy wells in Ireland and Scotland, where they would then make offerings in the hope of having an illness cured. At this particular well, the belief is that as the cloot offering of the sick person degrades over time, so too will the illness, leaving them cured. Many still visit today, especially around the Pagan festival of Beltane.

Unfortunately, the offerings being left today are usually synthetic materials, which will never rot away, thus the magic can never work. 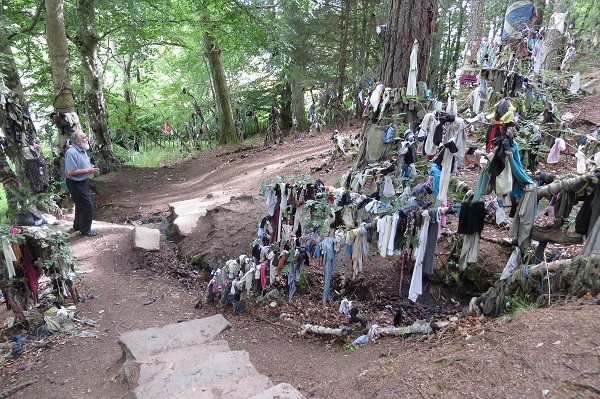 Clootie Well on the Black Isle [credit Lizsmith on Flickr]

The Ancient Town of Cromarty

At just 10 miles wide and 20 miles long, this little Scottish peninsula is quite small. It has two towns; Cromarty in the North East, and Fortrose further south, and a variety of smaller villages, including Avoch, Culbokie, and Rosemarkie. There are a few walking routes on the Walk Highlands website spread across the county, with guides and maps to follow if you want to really get to know the isle. One route in particular follows the coast from Cromarty, taking you through the village and along waymarked paths and unmarked tracks alike. The 5 mile undulating walk takes you along cliffsides and through some muddy farm fields to a beach, before circling back to Cromarty once more, so you’ll get the full flavour of the north-eastern tip of Black Isle. 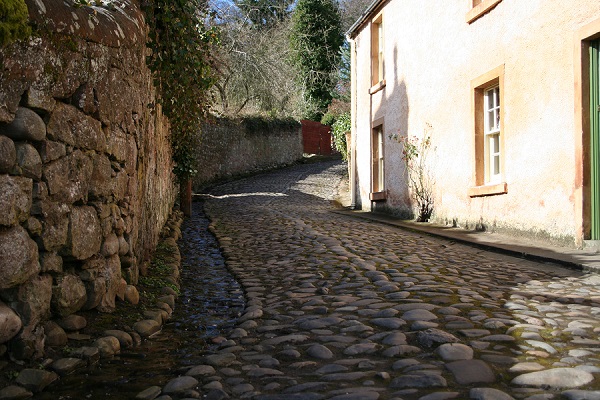 Whilst in Cromarty, be sure to visit the Cromarty Courthouse, a grade A listed former courthouse built in 1773 which is thoroughly preserved. The multi-award winning museum is also worth a visit, to learn more about this town which has remained largely unchanged since the 18th century.

Visit the Dolphins of Chanonry Point

Heading south and west along the boast, Chanonry Point near Fortrose is the most well-known area of this little Scottish county, with tourists flocking here all year round to catch a glimpse of the local dolphins. 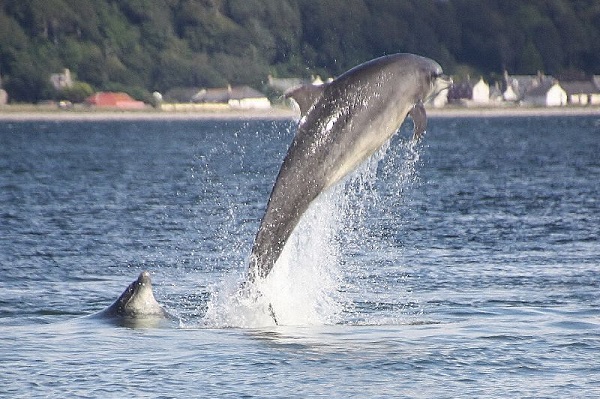 Dolphins jumping out of the water on the moray Firth

The large pod based in the Moray Firth are known for their larger size (due to plentiful food), and fearlessness, so you’ll often see people lining the shore watching them frolic. There are a number of boat trips available from Chanonry Point and the surrounding area, to bring you out amongst the cetaceans, and you can read more about that in detail in our blog, ‘Where can I see dolphins and whales in Scotland?’.

Explore the Seaside Village of Avoch

Further south along the coast from Fortrose, is the seafront village of Avoch (pronounced ‘Auch’) with its busy harbour. Avoch has a strong fishing heritage, having thrived off the trade for more than 100 years, but the waters are now protected so what remains of the fishermen must head further afield. 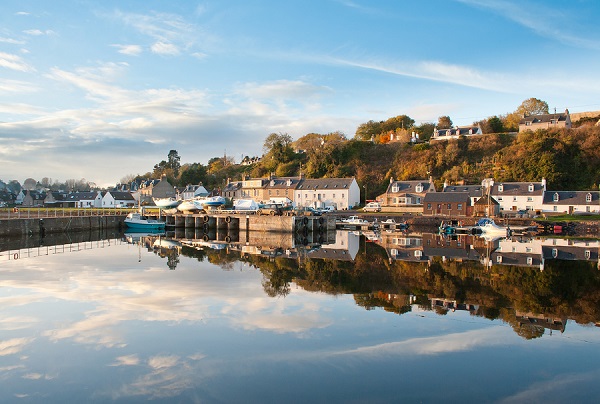 Small village of Avoch on the Black Isle, Highlands of Scotland

Take some time to walk around the old conservation time and get a feel of what life was like.

Whilst here, you’re sure to spot Ormonde Hill (AKA Ladyhill) off on the headland just west of Avoch. Ormond Castle was built here in 1197, and was once the home of Andrew de Moray, joint leader with William Wallace (see Braveheart) in the Scottish War of Independence. Today, not much remains of the castle, but it is a scheduled ancient monument with the highest level of legal protection in Britain thanks to its national significance. Archaeological work is ongoing to discover more about the site. 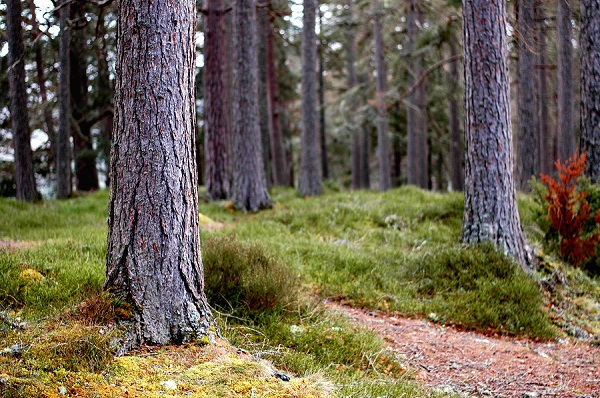 A visit to Culbokie Woods in the north of Black Isle would make a peaceful end to one of your days, with Culbokie Loch, Carn Mor Dun (an ancient Iron Age fort), and the great Scots Pines and local flowers creating a rich, invigorating atmosphere. But be wary, Culbokie means ‘haunted nook’ in Gaelic and you’re on the mysterious Black Isle after all…

Other key areas of the Black Isle are highlighted on the dedicated county’s interactive map.

If you’re travelling in early August, this is around the time the Black Isle puts on the the largest agricultural show in the North; the Black Isle Show. Monster Trucks, flower show, craft workshops, a ploughing match, fairground rides; it gets bigger and more elaborate each year to keep the crowds coming, but there’s bound to be something going on to catch your interest! Tickets can be purchased online for this event. 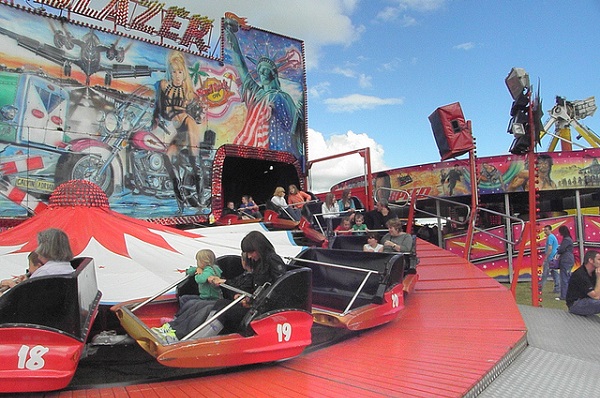 This is just one of the six counties that make up the North Coast 500 motorhome tour, and there’s enough in the tiny Black Isle to keep you busy exploring for days! Rosemarkie Camping and Caravanning Club Site would make a brilliant base of operations on the Black Isle, and can be found just north of Fortrose on the southern coast. You’ll have the town nearby, and Chanonry Point within 5 minutes walking distance for dolphin watching, and you’re right in the middle of the county so nothing is too far away.

The Black Isle would be your last stop if you’re travelling the North Coast 500 in a clockwise direction from Inverness, or the first stop if you’re heading anti-clockwise, but we hope you’ll agree it’s well worth the trip!

Get in touch for more advice on motorhoming in Scotland; we’re happy to help!